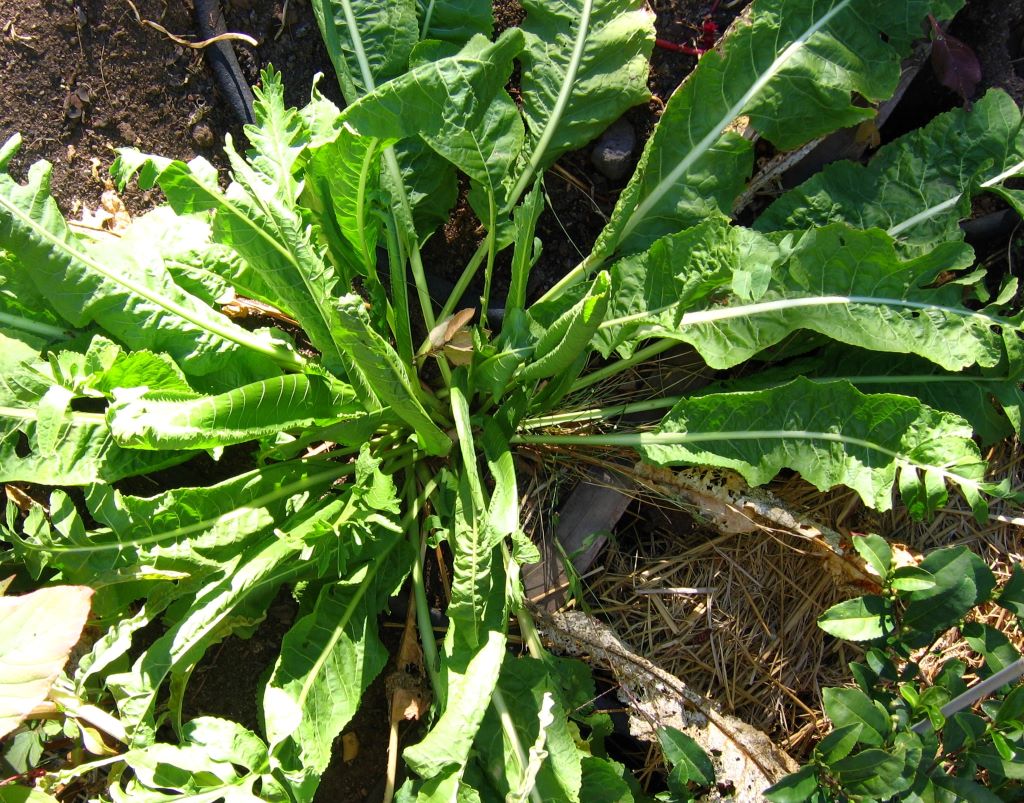 Introduction: Horseradish is native to Eastern Europe, but it has been widely cultivated in temperate areas around the world and is now naturalized in most of them. This is typical of this persistent plant, where it is planted it stays.

Nutritional content: You wouldn’t think of horseradish as a major source of nutrients, simply because it is too pungent to eat in quantity. However it is full of potent phytochemicals (glucosinolates) with anti-cancer properties. It is also rich in vitamin C.

All of the brassicas contain the beneficial glucosinolates, but horseradish contains up to 10 times more of them. This means that even the small amounts you are likely to eat can go a long way to improving your health (if you can manage to consume it of course).

Ease of growing: Few plants are as easy to grow as horseradish. It is essentially a wild plant and will commonly grow without any input from you. Just plant it in a vacant spot and leave it alone.

Horseradish will grow in almost any well-drained soil, but it will be most productive in a rich, moist one that contains lots of organic matter.

Where: Horseradish does best in a fairly cool climate and likes full sun. It will also grow in shade too, though not quite as well.

This is a persistent perennial so it isn’t a good idea to put it in the middle of an annual bed. It isn’t an invasive plant, in that it doesn’t spread aggressively,

but once it gets established it can be difficult to remove. This is because any fragment of root left in the ground can grow into a new plant. Save yourself some trouble and plant it in a remote place, where it can be left to its own devices.

You can also plant horseradish in a container, partly buried in the ground (it needs to be deep). This makes harvesting easy, as you simply dig up the container and dump it out on to the ground.

When: Traditionally horseradish is planted 2 – 4 weeks before the last frost date, though if the ground isn’t frozen it can be planted any time from winter to early spring. In mild areas it can be planted in fall too.

If you can’t plant your root when you get it home, store it in the fridge in a plastic bag.

Vegetative: Horseradish is not grown from seed, but is propagated vegetatively from pieces of root. Usually when a plant is harvested, the smaller rootlets are trimmed off from the large roots. These are saved for replanting, while the larger roots are eaten. Very small rootlets take two years to produce usable roots. Larger roots will be ready to harvest in only one year.

Horseradish is a tough plant and doesn’t need meticulous care in planting (it grows as a perennial and persistent weed in many places). It is common to dig a fairly large hole and refill it with half compost and half soil. Plant the root with the crown just below the soil surface.

Spacing: Space the plants 12 – 18˝ apart. You don’t usually need many of them (unless you are some kind of horseradish fanatic).

Mulch: This is helpful to keep down weeds, hold in moisture and provide nutrients.

Feeding: The root will get bigger if it gets plenty of nutrients. If the soil is poor you may want to give it a foliar feed occasionally.

Water: Horseradish is somewhat drought tolerant and can handle neglect, but such plants won’t get very big. For big beautiful roots it needs a regular supply of water.

Pests: The only problem I have had (admittedly a significant one) was with gophers eating the whole plant.

The roots can be dug at any time of year, but are at their best after they go dormant, from late fall until early spring (when they start growing again). In loose soil, the roots of older plants may grow to be three feet in length, but smaller roots are generally of better quality for food.

How: The brittle roots need to be dug carefully, as they break easily. Any fragment remaining in the ground will grow into a new plant, which can be good or bad, depending upon where it is.

Storage: In mild winter areas the roots can be gathered as needed through the winter. In cold areas, where the ground freezes, you may want to dig them in late fall and store them over the winter in damp sand.

Seed saving: Horseradish has been propagated vegetatively for so long that it doesn’t produce seed. Of course it doesn’t need to, it saves itself.

Wild garden: Horseradish doesn’t need the pampered soil and growing conditions to be found in the intensive beds. It will be happy in almost any vacant spot in the garden (you will be too, if you don’t put this persistent plant in your garden beds).

Containers: Horseradish does quite well in a container, so long as it is deep enough and it gets watered regularly.

Varieties: Maliner Kren is the commonest variety (in fact usually the only one available). I bought my horseradish root years ago from a vegetable market (it is cheaper and readily available), so don’t even know what variety it is.

An intact horseradish root has no pungency at all, the acrid oil that gives it its characteristic flavor only appears when the root is damaged. Damage (such as grating) ruptures the cell walls, allowing an enzyme to react with a glycoside to form mustard oil (allyl isothiocyanate). The relatively bland root then quickly develops enough pungency to take your breath away.

Like most plants that produce mustard oil, horseradish irritates the kidneys and mucous membranes and so is toxic to some degree. However it is hard to eat enough to have any deleterious effect beyond a sore tongue.

Horseradish is an acquired taste. A bite of the raw root may be the hottest thing you have ever eaten (if you have led a sheltered life) and this extreme pungency limits its use as food. It is far from insignificant however, as it is used to make the famous horseradish sauce, as well as salad dressings. You might also try making “horseradish bread” as a change from garlic bread.

If you dislike the pungency of the raw root, try cooking it. This prevents the acrid mustard oil from forming and leaves you with a relatively bland root vegetable. The root is also a good addition to soup.

Leaves: The first tender spring leaves can be added to salads, or cooked with other greens as a potherb. These are so good that the roots have actually been forced indoors like chicory (Cichorium) to provide winter greens.