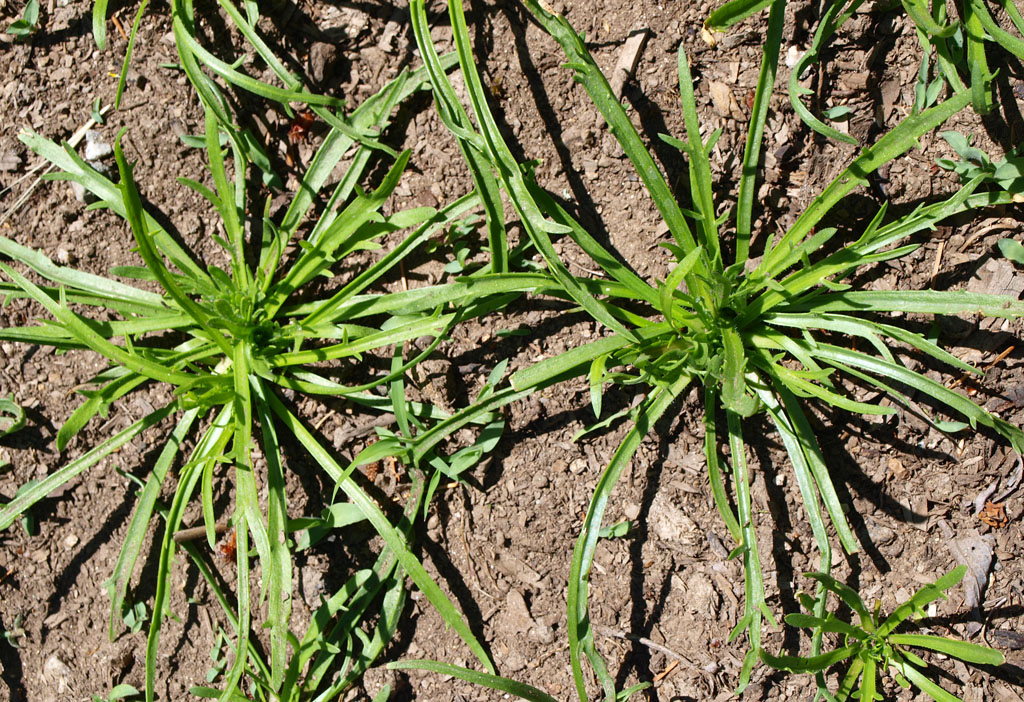 This species has followed European explorers and settlers all around the world. This fact was not unnoticed by indigenous people in several countries, who named the plant “White Mans Foot”, “Englishman’s Foot” or similar names.

Greens: In spring the tender, newly emerged leaves can be used in sandwiches and salads, or boiled as a potherb for 10 ‑ 15 minutes. They are rich in vitamins A and C and quite nutritious.

Older leaves tend to be hairy and somewhat tough, but can be used as a potherb if you strip off the tough veins. They are better used in soups and stews (it may help to put them in blender for a few seconds). They can also be improved by covering them with an opaque container for a few days to blanch them.

Seed: Native Americans boiled the seed like Rice, added it to soup, or dried and ground it to meal for baking.

Emergency wound dressing: The leaves have long been used to treat wounds, Poison Ivy rash, insect bites, grazes and minor burns. It was sometimes called Rattlesnake Weed because of its use in treating Snakebite.  Crush a handful of clean leaves to a pulp and bind them on to the affected areas.  An even more effective method is to chew the leaves to a pulp, as human saliva has additional healing properties.

Medicine: The mucilaginous seed of the related Psyllium (P. ovata) is very widely used as a laxative. It is one of the commonest commercial bulk laxatives, and has even been added to commercial breakfast cereals for this. The seed of this species can be used in the same way though it is not as effective.

Animal food: The seeds are an important food for birds.

Cultivation: Plantain is such a common plant of disturbed soils that it seems absurd to even think about planting it (there are few places where it’s completely absent). Nevertheless it can be grown from seed or division. If that is too difficult simply transplant some from the nearest lawn.

Garden uses: Despite its abundance I don’t consider Plantain a bad weed, though people who absolutely must have a perfect lawn will probably disagree. It is one of the lawn lovers worst enemies. The plant even has its good points; it protects disturbed land from erosion, provides food for many forms of wildlife and attracts birds to the garden.

Related species: Many species are palatable in spring and none are poisonous, so you can experiment with any species you find. The best include:

This species gets its common name because it bears  mucilaginous brown seed. This is edible and may be used as above.

As the names suggests, this is a coastal species, though I is also found elsewhere. Its fleshy grass‑like leaves are good raw or cooked and have even been pickled.

This northwestern species may be used as above.

This species is a good enough salad plant to be cultivated commercially in parts of Italy. You may have noticed that the picture at the top of this post is this plant, not Broadleaf Plantain, because I don’t have a picture of that plant, which is somewhat ironic as it is incredibly common.