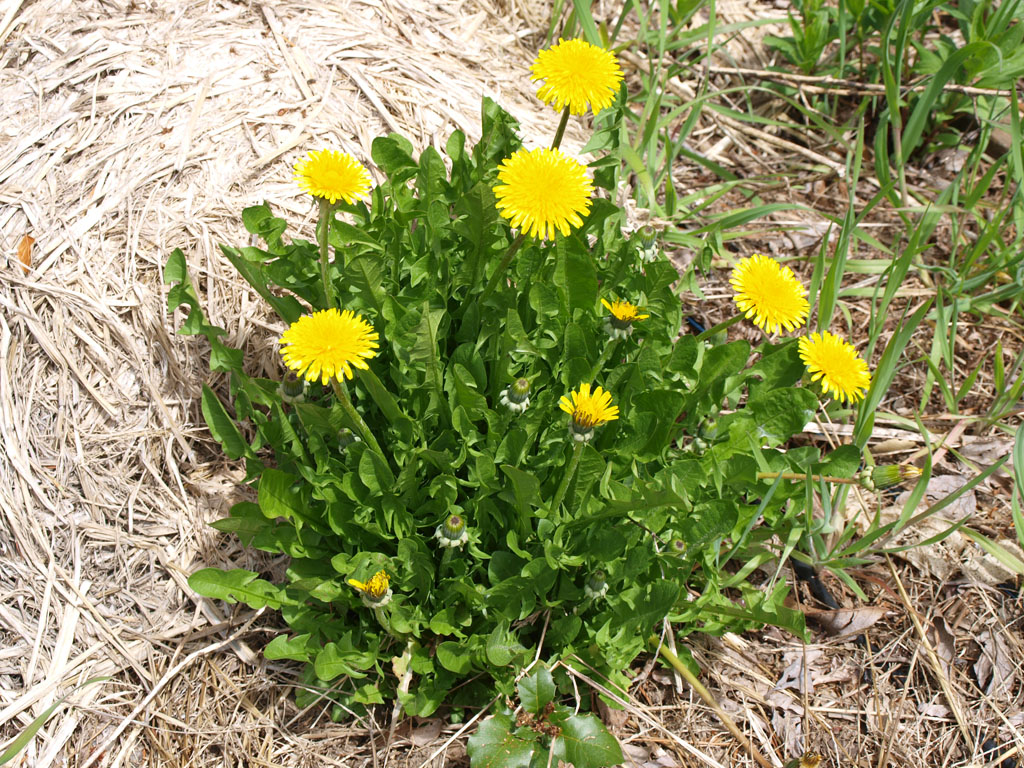 Dandelion is a familiar plant to many urban and suburban dwellers. The acquaintance is usually pretty superficial though, often just how to recognize and kill it. Most people wouldn’t dream that the Dandelion is one of the most nutritious of green plant foods. It also has numerous other uses, is an important wildlife food and is beautiful as well.

This highly efficient plant has spread to all temperate areas of the world. The wind borne seed can travel huge distances to colonize disturbed ground, such as gardens, roadsides, cultivated fields and waste ground. The seed has no dormancy period so can germinate immediately and a plant can produced its own seed within three months of germination. This might not sound very impressive compared to some annuals, but Dandelion is a persistent perennial and doesn’t really need to produce seed at all. Its deep taproot enables it to survive on poor soil and through drought. As any gardener knows it also makes the plant hard to remove, as any piece of root left in the ground can quickly become a new plant. Careless weeding can be a form of propagation, rather than eradication.

Nutrients: Dandelion leaves are much more nutritious than most common vegetables. They contain up to 14,000 i.u. of vitamin A per hundred grams, along with lots of Vitamin C, B vitamins and many minerals, including calcium, chlorine, copper, iron, phosphorus,  magnesium, silicon and sulfur.  They are also one of the richest plant sources of potassium.

Greens: Considering its great food value, it’s a shame that for most of the year it is too bitter for most palates and is only really good in cold weather. It is usually eaten in spring, from the time it first appears above ground, until the flowers stalks appear. It may also be good for a while in late autumn. In milder areas it may remain green and palatable all winter.

The young leaves can be used in salads, or cooked for 5 ‑ 10 minutes as a potherb. If they are too bitter, change the cooking water at least once. Some people blanch the leaves by covering them with a box for a few days, as this makes them less bitter and more tender (it also reduces their vitamin content).

Crown: The crown of the plant is also edible in early spring. Cut the green top off of the root, just far enough down so it holds together and then cut off the leaves. These are naturally partly blanched and are often still palatable after the green leaves have become too bitter to eat. They can be eaten raw, boiled, or fried in tempura batter. If too bitter try cooking in a change of water as above.

Winter greens: The roots have been forced indoors like Chicory, as a source of winter greens. See (Cicorium), for more on this.

Flower buds: You can find these huddled down inside the leaf rosette, soon after the leaves appear, waiting for warmer weather to make their appearance. These make good salad material, or can also be boiled or steamed.

Roots: The dormant roots have been eaten like Salsify (Tragopogon).

Green drink: I often add a few Dandelion leaves to a green blender drink. They can be used for this at any time of year. Their bitterness usually isn’t noticeable and they add a lot of nutrients. See (Symphytum) for more on these

Coffee: The roasted roots have been used like Chicory, as a coffee extender or substitute. Done properly this is aromatic and quite good.

Medicine: Dandelion is mainly of value as a nutritive tonic. The chlorophyll, enzymes and high vitamin and mineral content of the leaves make them one of the best spring tonics. These were thought to purify the blood and aid in the neutralization and elimination of toxins accumulated over the winter. They are also a powerful diuretic, as suggested by the old common names Piss‑A‑Bed and Wet Weed.

The very high vitamin A content of the leaves makes them a potent cancer preventive if eaten regularly. The leaves, or their extracted juice, have been used to treat anemia and rebuild the teeth and bones. They have also been used as a poultice for wounds and skin ailments.

The roots have been used to treat jaundice, hepatitis, gallstones, diabetes and hypoglycemia.

Rubber: All Taraxacum species contain large amounts of rubber latex and one species (T. kok‑sayghiz) was cultivated in the Soviet Union during World War Two as a source of rubber. It provided that country with 80% of the rubber used during that time.

Animal food: Though an introduced species, the Dandelion is an important source of nectar and pollen for many native insects. Many birds eat the seed. Both domestic and wild animals eat the foliage.

Cultivation: If Dandelions don’t grow in your garden they are worth cultivating, as they provide a reliable source of greens every spring. Improved varieties are available, with larger more succulent leaves, but which retain much of the vigor and independence of wild plants. They are easily grown from seed or root division, in most soil types. Be warned they will self- seed freely, maybe more freely than you might like.

Garden uses: Dandelion is often a hated weed and huge quantities of toxic chemicals are used each year to eliminate it. At the same time it is cultivated in some areas and sold in markets as a salad herb. It is fully equal to Chicory or Endive in flavor, yet easier to grow.

The plant is generally beneficial in the garden. It attracts bees and predatory insects, its deep roots break up compacted soil and bring nutrients to the surface. The whole plants are fine compost material.

It thin it is time for plant breeders to create some ornamental Dandelions. They are certainly pretty enough.