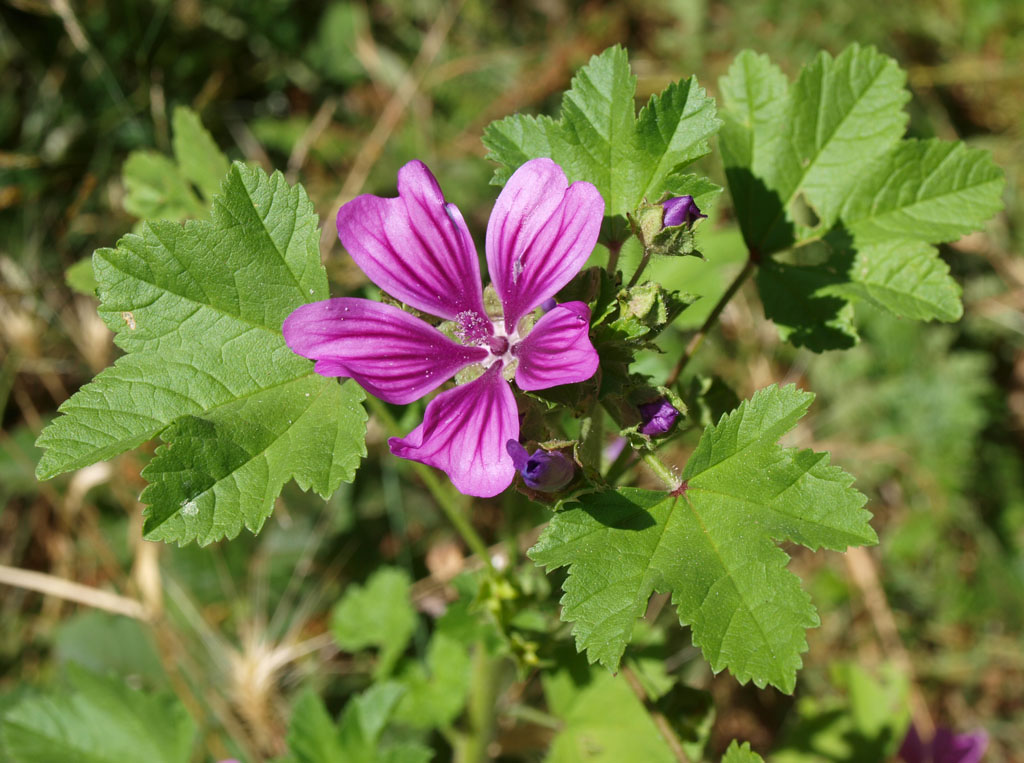 Strictly speaking no wild member of the Malva genus is poisonous, and any species you find can be tried as food. However at least one species has poisoned cattle in Australia, probably as a result of concentrating nitrates from the soil. This proves the exception to the rule and shows you must always be cautious about what you put into your mouth.

Nutrients: The Mallows are among the richest plant sources of carotene (which the body converts into vitamin A), containing as much as 16,000 i.u. per ounce. They also contain a lot of vitamin C and many minerals.

Greens: These hardy plants may remain green all winter in mild climates, which makes them especially valuable in such areas. The tender young leaves can be used in salads, but are best boiled as greens. Older leaves can be chopped and cooked as a potherb, though you might want to change the cooking water once or twice. This is not necessary to remove any unpleasant taste, but reduces their slimy, mucilaginous quality. The dried leaves have been used for tea.

Flowers: The flowers can be added to salads.

Seedpods: The green seedpods have been peeled and used like Okra (a relative) to thicken soups and as a cooked vegetable. Their unusual shape and texture makes them an interesting addition to salads.

Medicine: The name Mallow is derived from the Greek for ‘to soften’, and is a reference to their soothing properties. The whole plants can be used as an emollient in the same ways as Marshmallow (Althaea), though they aren’t quite as effective.

A wash of the leaves, or a leaf poultice, is used for wounds and bee stings. The slimy liquid obtained by boiling the pods or roots has been used as a lotion for skin problems like eczema or dry sore skin.

It has recently been found that foods that are rich in carotene can help prevent some kinds of cancer. That would make these plants a valuable addition to the diet. The leaves have been eaten to cure constipation.

Cultivation: Several Mallow species are grown as ornamentals for their lovely flowers (M. moschata, M. alcea), while others (M. neglecta and M. rotundifolia) are common weeds of gardens and fields. None of these are native, but the ornamental species may be found as escapes, while the weedy types are widely naturalized.