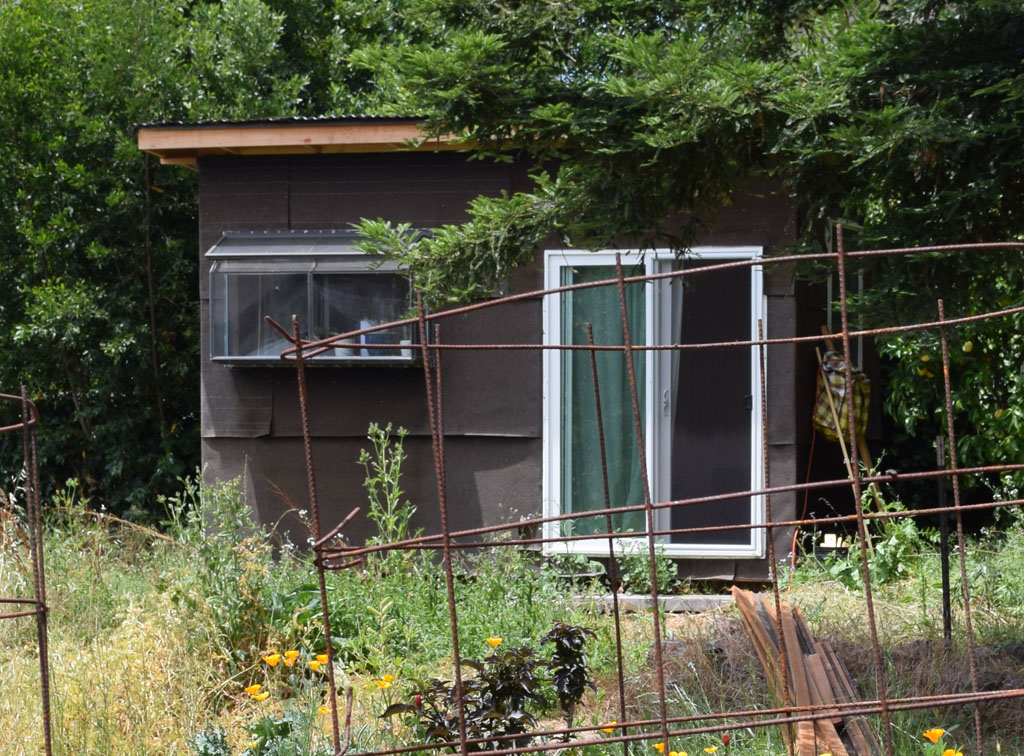 The UN Declaration of Human rights includes decent housing as a human right, but our system prefers to look upon it as a business opportunity (just as they do with health, food, transportation, defense and everything else.) It is more concerned about creating wealth for investors (money magazines refer to it appreciatively as a wealth-building tool) and increasing property values, than creating inexpensive homes for people to live in. As a result the real estate industry, with its developers, realtors, building contractors, mortgage brokers, banks, property lawyers, investors and landlords, is the dominant generator of wealth in this country and swallows up 80% of all bank loans. The government actually encourages property speculation (and higher prices) by allowing mortgage interest to be used as a tax deduction (and allowing taxes on profits made from real estate to be deferred by buying more real estate.) In this way it spends more money on subsidizing wealthy homeowners, than it does on assisting the poor!

We are encouraged to think that rising house prices are a natural phenomena, resulting from an expanding population, immigration and other market forces, but they are largely the result of market manipulation. The biggest factor in determining the price is how much money is available to buy them; if there is a lot of money in circulation (and low interest rates) prices go up, if there isn’t they come down.

Modern house are as efficient and rational a way of housing people, as an SUV is as a means of transport. They are too big, too expensive, too energy inefficient and often too far from amenities and where we work. They are quite alike, in that both are consumer items, designed to meet the needs of marketers, in a system that is based on selling people more than they actually need. This is why houses they keep getting bigger, even as families get smaller (70 years ago the average house was 1200 sq ft for 4.2 people, now it is 2100 sq ft for 3.8 people.) With profit as the reason for their existence (houses are the most expensive thing most people will ever buy), the industry concentrates on what is most profitable, so we see almost identical houses all across the country and there is almost no real innovation.

High housing costs aren’t just one of the primary ways that wealth is transferred from the people to the wealthy, they are also a critically important tool of social control. If you want somewhere secure to live and raise your family (which most of us do), your options are to either buy or rent somewhere, both of which demand that you regularly come up with a significant amount of money every month. An awful lot of people are too busy trying to come up with their monthly payments to question this system, because if they don’t conform, cooperate and work, they may soon be sleeping in their cars.

The problem with housing, is that it is an all or nothing situation; you can either live in a house or apartment, or a car or cardboard box, there is nothing in between. It’s as if our only transport options are to buy a Lexus, lease a Camry or walk. In other areas of the economy you pay for what you can afford, but with housing we are simply compelled to pay what the system demands, because the alternative is homelessness. In some places this means poor people paying over half their income, just to keep a roof over their heads, which makes life into a constant struggle and just a kinder gentler form of serfdom.

Everyone deserves to have an affordable place of their own to live in and if we are ever to liberate ourselves from the quasi-slavery of the monthly payment system, we have to find a half way, intermediate step for housing. Fortunately there is one, in the form of the tiny house, which is to conventional housing as a bicycle is to a car. It gives people a way to live more cheaply and resource efficiently.

A tiny house is a very small (usually one room) building for one (or two very friendly) people. It provides a secure and comfortable place to live without forcing you to sacrifice your whole life to working to pay the rent. We have become accustomed to houses with multiple rooms for different functions, but a single room house can function perfectly well. For most of human history the majority of people have lived in small houses or huts and only the lord in his manor house had multiple rooms. I once lived in a marina, where people are living on less convenient and comfortable small boats (and still paying exorbitant monthly dock fees) because they provided the only affordable option.

Tiny houses are the most logical and ecological way forward for human habitation in many situations, as they provide a way for people to house themselves safely and comfortably with less cost and less environmental impact. They can play a significant role in helping the young, poor, or anyone who wants real independence, to reclaim their independence and forge a sustainable future. When Henry Thoreau set out to experiment with self reliance and independent living, he began by building a tiny house.

Of course there are compromises to be made in living in a tiny house, as their small size requires some adjustment to your living habits. However their disadvantages are minor and any slight loss of comfort is more than compensated by not having to perpetually shell out rent every month. They provide a balance between comfort, freedom and selling your soul to the system and should be an option available to everyone.

The main obstacle to inexpensive tiny houses being everywhere are building departments and their restrictive zoning and building codes. They set arbitrarily high (expensive) standards of how people must live, with minimum square footage rules that mandate a minimum size for dwellings. Building departments certainly have a legitimate concern with sanitation, fire safety and health, in urban areas, because they affect the larger community, but the size of room you choose (and can afford) to live in is a personal choice and no business of anyone else. It is touching that government wants to make sure you have basic living standards, but when they force you out of your home because you can’t afford to comply with their rules, it’s hard not to come to the conclusion that their real concern is the financial health and safety of the real estate industry.

It is time for the government to stop actively keeping people homeless, by prohibiting tiny houses. It needs to get out of the way and let people house themselves (an idea that should appeal to self-reliant fiscal conservatives as much as to lefties.) We should be allowed to create our own small (tiny) houses for ourselves without interference from the state in the form of building codes (and fear that our clandestine houses are going to be discovered and red tagged.) Cities should be actively working to devise ways to make them work safely and economically. Building departments should help people to work out how to build their own homes, with simple, pre-approved, off the shelf plans that anyone can use.

Tiny houses can be simple and inexpensive to build (I built a solar heated one in Oakland for $1800, which is little more than a months room rental there) and well within the capabilities of anyone with a fully functioning brain and body (not to mention it is both satisfying and empowering.) People who can’t build for themselves, could be loaned the money to pay a carpenter and pay it back in rent savings.

It should be legal for any house to have at least one tiny house in its yard, no strings attached. There should also be tiny house communities, built on vacant lots. They could be modeled after a hybrid trailer park/community garden, with communal toilets and bathing facilities (you could get a lot of tiny houses on an acre of land.) If each house had a small plot of land for growing food, the inhabitants could increase their independence and improve their health at the same time. There could even be communities with a focus of common interest, such as for artists, craftspeople, swingers, writers, surfers, golfers or musicians. This would allow for interesting social scenes to develop without the need for transport, which would reduce carbon emissions (and time wasted driving.)