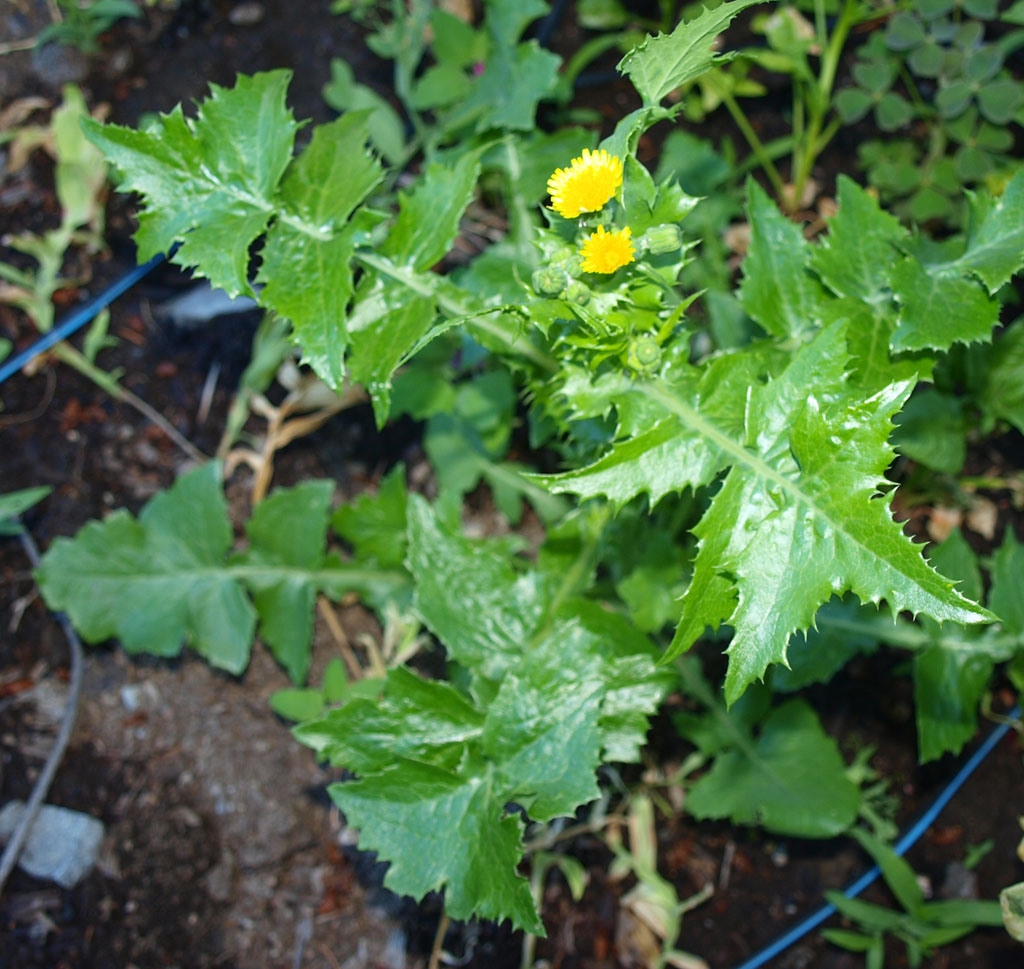 These useful food plants are more closely related to the Lettuces (Lactuca) than to other Thistles. They are nutritious (rich in vitamins A and C) and no species is poisonous, so any with tender foliage can be eaten. When growing in chemically fertilized soils, they may accumulate toxic amounts of nitrates.

Leaves: The mildly flavored young leaves are a good potherb and can even be used for salad if their spines are trimmed off. Native Americans rolled the leaves into small balls to crush the spines and then ate them. Older leaves sometimes get bitter, but can be eaten after cooking in a change of water. They can also be blanched to reduce their bitterness, by covering with a bucket for a few days to exclude light.

Flower stalk: The succulent flower stalks can be eaten until the flowers appear. Peel and eat raw or cooked.

Animal food: The seeds are important food for birds.

Weeds: All of these species have the potential to become weeds, but the worst is the Creeping Sow Thistle (S. arvensis). This species is a serious weed of gardens, fields and grazing land, as it spreads by means of creeping roots, as well as airborne seed.