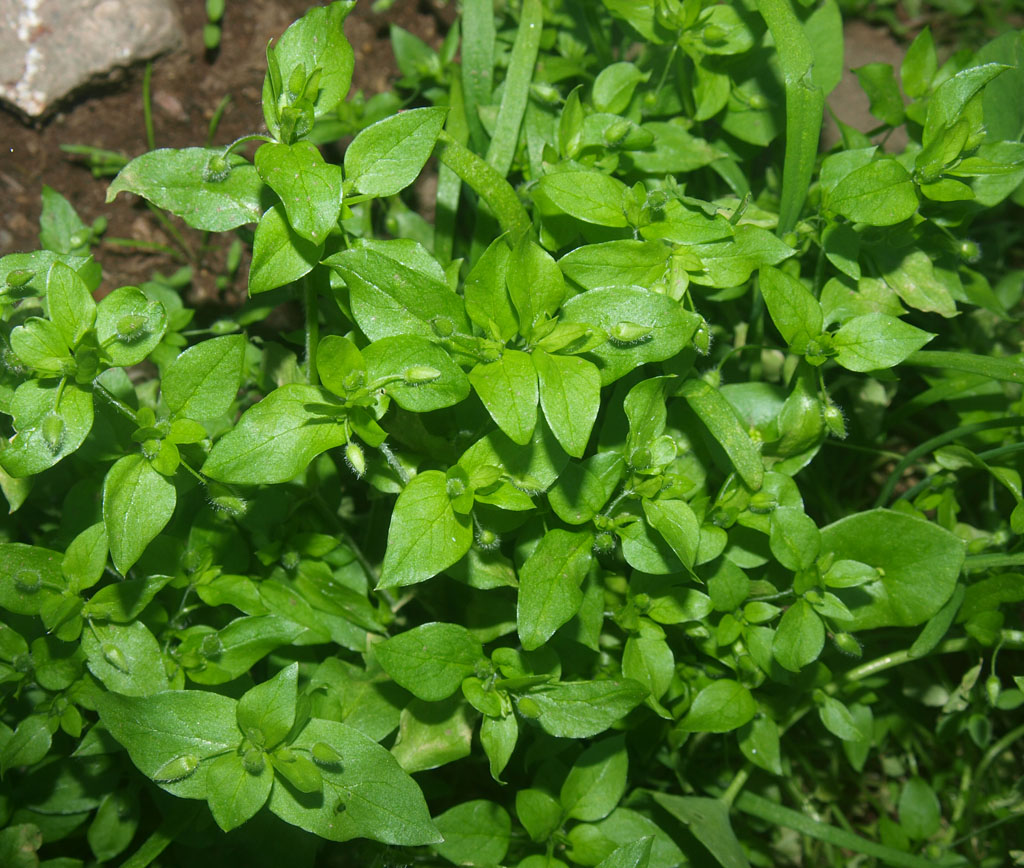 It has been suggested that Chickweed may be the commonest plant on earth. It has spread far from its native Eurasia and is now found around the world. The plants delicate appearance is deceiving, as this is one of the hardiest of all annuals. It can survive temperatures as low as 10 ℉ and in chilly 40-degree weather will produce a luxuriant green carpet. The plant is actually happiest in such cool temperatures, as the cold suppresses larger plants that would otherwise overwhelm them. It usually disappears altogether in hot weather. Another factor in the plants success is its fast growth; it can grow from seed and produce seed of its own in as little as thirty days.

Greens: Chickweed is highly regarded as a source of wild greens. It is common, easily identified, mildly flavored, rich in vitamin C and in mild climates will provide food right through the winter. The tender growing tips can be used as a base for a fine salad, simply add pungent, sour and aromatic leaves to give more flavor. They are also an attractive garnish.

The dried plant has been powdered and added to baked goods to add nutrients.

Seed: Chickweed seed can be sprouted like Alfalfa, or ground to meal for baking. You might be able to gather the seed by uprooting the plants and leaving them to dry out as for Purslane (see Portulaca).

Medicine: The leaves were once commonly used as a poultice, or ointment, for burns and to stop bleeding. The potherb is a mild laxative and has been eaten as a spring tonic to purify the blood.

Animal food: As the common name suggests the plant is an important food for birds and was once fed to domestic chickens.

Cultivation: Wherever you live in North America, you probably have the plant growing near you at some time in the year. Look for it in cool weather, when it will be one of the last green growing plants. Chickweed could easily be grown from seed, but there seems little point.

Use as above. The latter species also produces edible tubers, that can be eaten raw or cooked.