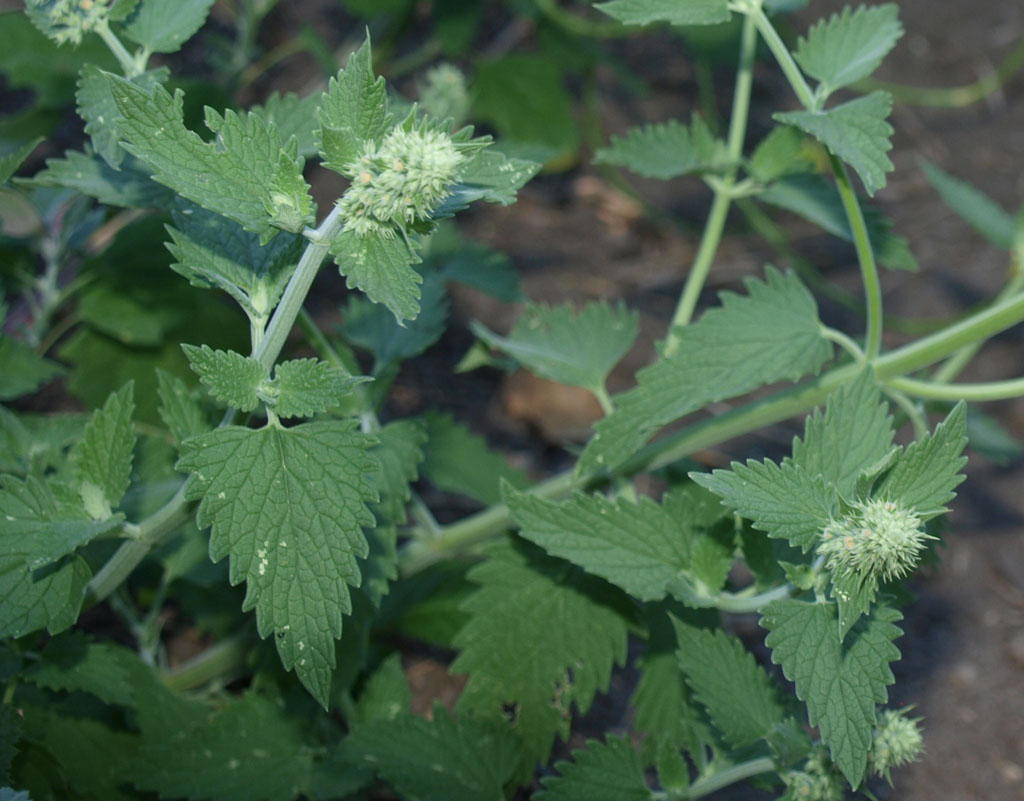 Food: The tender new spring shoots of Catnip can be added to salads.

Tea: Catnip tea has long been a popular beverage in Europe. It’s should be quite strong, with about two tablespoons of dried leaves to a cup of water. Like most members of the Lamiaceae it should never be boiled.

Medicine: Doctors recommended Catnip tea as a mild sedative, diaphoretic and carminative until relatively recently. It is still used to treat diarrhea and in enemas for cleansing the colon.

Smoke: A belief among impoverished pot smokers of the 1960’s was that if you smoked the dried leaves of Catnip, you would get high (just like a cat). This is not true, but some people like to smoke them for their own virtues.

Cat bait: Catnip gets its name for its intoxicating effect on Cats. This is apparently due to a substance called nepetalactone and has four distinct phases (sniffing, licking and chewing, chin and cheek rubbing and finally head over rolling and body rubbing). Curiously the plant affects only about 60% of cats.

Because of its feline attraction, the plant has been used as bait to catch feral cats. The dried leaves are often added to commercial domestic cat toys to make cats pay attention to them.

Repellant: It is said that Catnip has a repellant effect on rats and that a row of plants around a building will keep them away.  Maybe the plant reminds them of cats and makes them uncomfortable. It is also disliked by many insects and is sometimes used as a repellant.

Cultivation: There is an old saying about growing Catnip “If you set it the cats will get it, if you sow it the cats won’t know it.” This probably means the disturbance during transplanting will release enough scent to let nearby cats know it is around. If you sow seed on the other hand, they won’t know its there until it is well established. In my experience they will pretty soon find out and come from all around to roll and chew the plants. Fortunately it is a pretty rugged plant and takes such abuse quite well.

Catnip will grow in most soil types, but prefers rich, moist soil with full sun. It is very hardy and pretty much looks after itself. Individual plants are not long lived and often die after flowering, so keep dividing it and cut off the flowers before they set seed. It self-sows vigorously.

Garden uses: Catnip is sometimes grown with vegetables to repel ants, spittlebugs and other pests. It is also made into a spray for this purpose.